ENTREPRENEUR  Turn Your Biggest Challenges Into Your Biggest Opportunities Today’s post is all about turning big challenges into opportunties and how many people are able to accomplish great things despite hitting significant challenges on their journeys. So let’s take a look at a few of them and their stories. Brent Seal (Video BELOW) diagnosed with schizophrenia in 2007, Brent sought to change the stigma around mental health and turning what was his biggest challenge into his biggest opportunity. Brent Seal is the founder of Seal Wellness. A social enterprise that helps students, entrepreneurs and young professionals overcome challenges and become high performers through consulting, coaching and speaking and his Signature training program ‘High Performance Wellness’. Brent was diagnosed with schizophrenia in 2007 and since then has graduated from his 2010 SFU Business class as Valedictorian, shared his story across Canada and gotten heavy into adventures, having run a number of ultramarathons and taken part in mountaineering objectives around North America. [ Photograph  via Bethanyhamilton.comHamilton started surfing when she was just a child. At age 13, an almost-deadly shark attack resulted in her losing her left arm. She was back on her surfboard one month later, and two years after that, she won first place in the Explorer Women’s Division of the NSSA National Championships.   More About Bethany Hamilton

In 2003, Karr was a 32-year-old New Yorker just enjoying life. But then, a regular checkup at her doctor’s office resulted in a diagnosis of a rare and incurable Stage IV cancer called epithelioid hemangioendothelioma, existing in her liver and lungs. Instead of succumbing to the disease, Carr decided to challenge her diagnosis head-on. She attacked her cancer with a brand new nutritional lifestyle and turned her experience into a series of successful self-help books and documentaries. Eventually, she launched her own wellness website, which is followed by over 40,000 people. Today, Karr is celebrating a decade of “thriving with cancer,” and is now revered as one of the most prominent experts on healthy living. More about Kris Carr       “Courage my friends; ‘Tis not too late to build a better world” ~ Tommy Douglas

Eric Thomas was born in Chicago, Illinois, and grew up in Detroit, Michigan. After an argument with his parents, he dropped out of high school and lived homeless on the streets of Detroit for two years. While he was homeless, he met a preacher who inspired him to go back to school and eventually change lives. He also took a job at an Olive Garden on the westside of Detroit. Around this time, Eric met his wife, De-De Mosley, at the Detroit Center Seventh Day Adventist Church. They then moved to Huntsville, Alabama, attended Oakwood University, and they were married as college students. Photograph via Eric Thomas Eric spent twelve years working toward an undergraduate degree at Oakwood and graduated in 2001. While in Huntsville, Eric preached and set up a program to help underprivileged youth. Read More

Marla Runyan is an American track and field athlete, road runner, and marathon runner who is legally blind. She is a three-time national champion in the women’s 5000 meters. Maria was born in Santa Maria, California. Read More about her amazing story Here are just a few of the amazing men and women that have taken their challenges, their life’s adversity and turned them into incredible achievements. We are human. We are fortunate to be here. It’s our responsibility to fulfill our destiny no matter the challenge in front of us. Should a dark day come for you as an entrepreneur…and believe me they will… come back and read these amazing stories and embrace the fact that growth opportunities will arise and YOU to can grow through it. Here’s to your amazing journey ahead! We are all in this together. Love to hear what amazing challenges you’ve overcome through your journey so far! Want new articles before they get published? Subscribe to our Awesome Newsletter.

Build Your Online Store With a Free Shopping Cart

Test, Target and Personalize What A Customer Sees 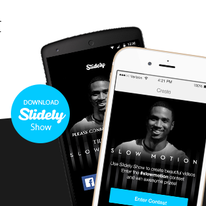